Are healthcare villages the future?

They are modern, realistic approaches to the problem of healthcare 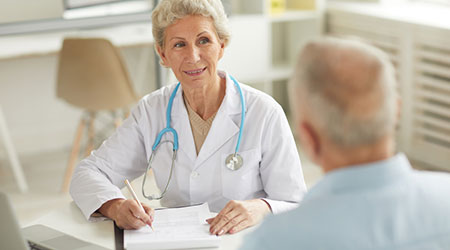 Although they are not commonplace yet, healthcare villages seem to be becoming the future of healthcare as a whole. But you might feel like you’re a little in the dark about what these new innovations actually are, and how they work, due to the limited exposure that they are receiving at the moment.

Unless you actively follow their progress or live nearby one, healthcare villages can feel strangely futuristic, as if they were ideas from a hopeful utopia, but the truth is actually far from that. They are modern, realistic approaches to the problem of healthcare, and the way that they have been planned and built is actually quite thoughtful and developed, leading to a better environment for the people who live within the villages than people living outside of the villages.

Before we go any further, actually understanding what a healthcare village is and what it consists of would be a good idea. In essence, a healthcare village is a living development which is centered around health care. There may be residential, educational or commercial buildings in the village, but they will be centered around a healthcare provider, such as a clinic or hospital, and that healthcare provider will be the anchor for the village. It will provide stability and act as the focus of the community, creating an atmosphere of well-being and making people living in the immediate surrounding area feel safe and looked-after.

How do they help?

“People living in the current health care villages that we have observed are reporting that their residency in these villages promotes a number of healthy habits and tendencies,” Crystal Mayes, a healthcare writer at lastminutewriting.com and writinity.com said, “such as a renewed energy and will to participate in physical activity due to the presence of cycle paths and pedestrian-friendly trails throughout the villages, and healthier eating habits because the types of stores within the villages are monitored and tend to be health food orientated, as well as there being community gardens for healthy food options as well.”

If unhealthy alternatives (taking the car instead of walking, remaining isolated due to limited social spaces, buying junk food) are limited or straight-up don’t exist, then people are much more likely to take advantage of the healthier, better options that are available to them, creating a healthier atmosphere where everyone is making the best choices for them and their bodies.

Healthcare villages aren’t just a vision for the future, either. Communities are currently living in these healthy areas, and one health care village which is being currently constructed is the Union Village in Las Vegas. Although it has not been completed yet, it is actively being built, with a helpful website available and regular updates on its status being posted with every new milestone. UV’s aim is to attract both patients and medical professionals, in order to build up a sustainable community, which can both work and serve the needs of those within it.

Its core values will be that the village is sustainable, so families looking to settle down won’t have to worry about its future or their future in the village, as well as quality architecture and walkability, which links to the health theme. UV is already helping the surrounding communities by creating thousands of construction jobs, and high amounts of healthcare and retail jobs will become available as the construction progresses. Despite its high pricetag - between $1.2B and $1.6B - UV will turn out to be a brilliant community and likely become a model for other health care villages in the future, and has already proved to be a benefit to the surrounding area and communities.

Something which may have spurred the recent interest in developments like healthcare villages is the discovery of so-called ‘blue zones’. “In a 2004 study, Dan Buettner, National Geographic and a few researchers started looking into where in the world people live for the longest, and have the healthiest lives.” Josh Metcalfe, a journalist at draftbeyond.com and researchpapersuk.com said.

“The resulting pockets of amazing life standards were called blue zones. Once the places were identified, the research team took a closer look at the practices of each of the blue zones, and what they found were common healthy habits, amplified for entire communities. Everyone was using better ways to get around - cycling or walking - and everyone ate healthily when they could, as well as connecting with others often and generally being positive, bright and cheerful whenever they could.”

From this study into blue zones, Buettner started to work with different cities which wouldn’t be classified as blue zones, on projects to try and improve their standards of living. These projects, which introduced the values which were common to the communities of the blue zones, led to drops in obesity and healthcare costs, among other healthcare related expenditures connected to business and employees. Generally, the blue zone projects were great successes, and proved that focusing on healthcare within living spaces really does benefit communities and move towards higher standards of living, which has most probably aided the work on healthcare villages.

As time has moved on, healthcare demands have increased, but perhaps not in the way that you would’ve expected. Inpatient demands are not as prevalent as those of outpatients, who now need more attention and focus than ever. Healthcare villages would be a brilliant way to solve this problem, since someone could come home from the hospital and still be in a caring, supportive community where they can get better, instead of returning to a low-quality standard of living and being far away from any sort of health care help. Healthcare villages would make sure that people getting out of hospital stay out, and don’t have to return just because their living situation is so terrible that it’s making their health problems, which would’ve been healing fine in a better situation, worse.

One of the biggest problems with a loose medical system is ‘leakage’ of patients, who might visit a healthcare provider once then fall off the face of the Earth, or so it would seem to the healthcare provider. Within a close-knit community which is focused around healthcare, this is much, much less likely to happen, since it will be easier to keep tabs on patients and make sure that they attend regular check-ups. Also, in a future where healthcare villages were more prevalent, there would be less stress on the healthcare providers in each village, since they would only take care of the specific amount of people in that area, and not have to pick up the slack from the surrounding towns and cities as well. Keeping track of patients and making sure that they stay within the system, therefore, would be much easier with healthcare villages, making them an ideal future, and, with the developments which are currently happening (mainly in North America) they are also a realistic future, which would repair the currently broken and struggling healthcare situation all over the world. 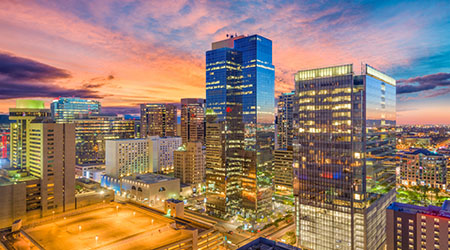 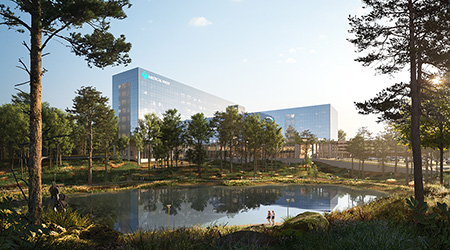 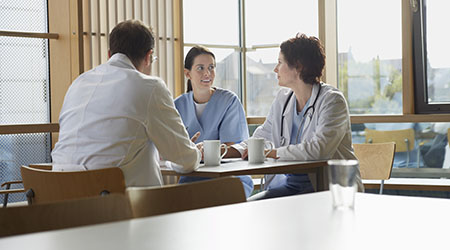