Hospital said the bugs were from someone's infested clothing left behind 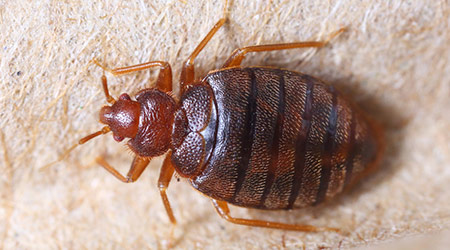 A cancer patient went to Henry Ford Hospital in Detroit, Mich., for treatment and ended up in a room infested with bed bugs, according to an article on the Fox2 website.

Henry Ford says this infestation did not originate in the ER department. The hospital said the bugs were from someone's infested clothing left behind and stuffed underneath the mattress of a stretcher.

A spokesman for Henry Ford is calling it all an unfortunate situation. He said the hospital follows strict guidelines to make sure patients don't come in contact with bedbugs.

Staffers moved the patient to another room as soon as they realized what was going on. They said the infested clothing and bedding were tossed out and the stretcher was disinfected before being put back into service. No other patients were affected.