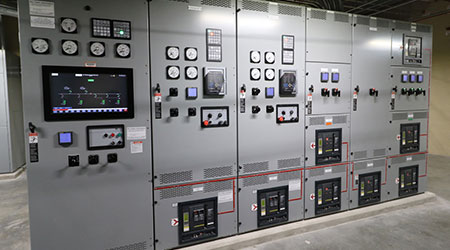 A large healthcare provider planned to construct a new, 170-bed, $700 million facility on 48 acres in the Washington D.C. metropolitan area. As with most medical facilities, a robust backup power system was needed to mitigate and avoid the risk and consequences of power disruption to life-safety and critical systems. For these reasons, requirements for ASCO’s industry-leading automatic transfer switches, power control systems, and Critical Power Management Systems were included in the construction specifications for the project. During construction planning, ASCO equipment was required by the bid specifications for the critical power system.

However, one bidder submitted a non-conforming bid that included non-ASCO equipment at lower cost. The customer considered whether the departure from the specification would be worth the monetary savings.

ASCO has partnered with the project’s electrical engineer for over 25 years, and had assisted the engineer in developing the best solution for integrating a natural gas engine at the new facility. The application required extensive collaborative integration between the engineer, ASCO, and engine supplier to develop a sophisticated control interface. Together, ASCO’s and the engineer’s combined experience resulted in an optimal solution using both automatic transfer switches and generator switchgear to provide advanced power systems sequences and controls. These conformed to the project specification while providing optimal power systems reliability and control.

In reviewing the competing offers, ASCO found that equipment from other sources would require retraining staff because the equipment worked differently than the existing ASCO products at the customer’ other healthcare facilities. This would impose a continual training burden on the organization, and could lead to operational risks if staff did not maintain adequate knowledge of, and practice using, the alternate manufacturers’

systems. In addition, ASCO showed how other electrical hardware could be obtained and tailored by ASCO’s affiliation with Schneider Electric, a leading global supplier of electrical equipment.