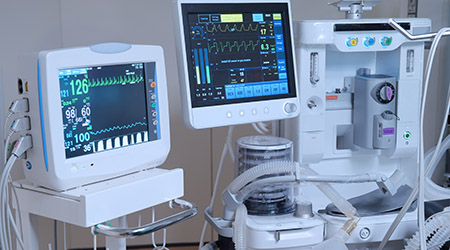 If healthcare facility managers can take one lesson from the challenges of the COVID-19 pandemic, it is this: “Science is ever-changing.” i.e. The environment is changing, and the available evidence and ability to interpret evidence changes. Whether the topic is COVID-19 protocols or building codes, the science informing the guidance is a work-in progress — and by nature, should be.

When it comes to hospital building codes, managers must be aware of critical power systems, including electrical systems. Evolving science can have a tremendous impact on the health and safety of staff and patients and on the energy efficiency of their facilities.

Healthcare facility managers and electrical engineers generally agree that demand factors in the National Electric Code (NEC) require designing significantly oversized systems. For decades, medical practices have been evolving. For example, the energy use of a typical medical device decreased due to energy codes and efficiency standards. Yet the demand factors for electrical systems in the National Electrical Code have not changed.

Since 2013, Mazzetti has been spearheading plug load research efforts to better inform the respective codes. In 2013, Mazzetti partnered with Panoramic Power as part of a collaboration supported by the Israel-US Bi-national Industrial Research and Development foundation. This partnership focused on developing and testing a low-cost, nonintrusive, real-time circuit level monitoring (CLM) platform for the healthcare sector.

When we were tasked by one of the nation’s largest not-for-profit healthcare systems to inform one of its medical office buildings’ (MOB) energy use attributable to plug loads, we were able to apply the CLM technology. This was the first pilot installation of 100-sensors. The study focused on the system’s facilities in the San Francisco Bay area, chosen to represent a range of sizes, ages, and functions within the MOB class of buildings.

Through the MOB study, we noticed that several low- and no-cost changes in building operations could reduce the plug and process base load. For example, all computers monitored in the study did not enter a sleep mode or power down during weeknights or weekends, and the computers operated at a constant standby power around 40 watts. By simply modifying computer power management settings to power off during unoccupied hours — assuming 60- hour work weeks — the annual electricity savings would be about 225 kWh or $30 per computer. The savings would be significant, as computers are found in most exam rooms, offices, nurse stations, and reception areas.

A subsequent study of electrical loads, this time at a hospital, yielded similar results. Healthcare electrical systems appear to be systematically oversized. The consistent results of different studies and models attest to the growing consensus around oversized healthcare electrical systems. These are supported by the fact that patient care areas in hospitals, in particular, are required to install more outlets than other facilities, that individual device energy usage has decreased over time, and that the codes have not been updated given these general trends. The code-making panels responsible for overseeing code updates noted, among other things, that additional data in atypical operating conditions, collected over a long duration, might help corroborate the results of various studies in various jurisdictions.

In 2020, a plug load monitoring project funded by the NFPA Research Foundation was modified due to the pandemic to consider patient care areas in hospitals. More than 12 months of data was collected at the branch circuit and panel level at several hospitals across the country. The Hospital Pandemic Metering Study was supported by the Fire Protection Research Foundation – the research affiliate of NFPA.

Requests for metering were made during March and April 2020, just as hospitals were preparing for an influx of patients due to the COVID-19 pandemic. To capture hospital electrical load data during the pandemic, circuit-level and panel-level meters were rapidly deployed at hospitals in California, Georgia, Alabama, and Massachusetts as they were ramping up care in response to the surge. During this incredibly challenging time, these hospitals graciously agreed to have meters installed while their regions were experiencing a surge in COVID-19 cases.

Data from the study provides insight into electrical load during a surge event, relevant to the conversation. The data is largely in line with previous research and suggests an opportunity to update NEC demand factors for hospitals. As of this publication, various proposals to change the demand factors for hospitals are under consideration by the relevant NEC committees.

Walt Vernon is CEO of Mazzetti, a healthcare design and consulting firm, and founder of Sextant, a not-for-profit committed to developing sustainable infrastructure for health facilities in low-resourced countries. Walt’s 30-plus year career has been dedicated to driving change to help reduce healthcare’s environmental footprint. Follow Walt on LinkedIn.

Troy Savage is a project manager at Mazzetti. A civil engineer by training, he works on thought leadership and innovation projects at the intersection of engineering, systems thinking, and design thinking. He is also a master facilitator and engagement specialist on various projects, including decarb:Healthcare.