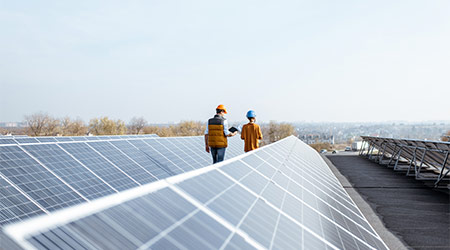 Renewable energy is poised for another breakout. While the last few years slowed adoption of renewable energy technology in the United States, the overall trend is a steady uptake across the board, including in commercial facilities. The Solar Energy Industries Association is calling the 2020s the Solar+ Decade, with a goal of generating 20 percent of all U.S. power from solar by 2030. One Florida healthcare system is doing its part.

AdventHealth has taken a major step toward developing renewable energy at its Orlando campus, according to Healthcare Facilities Management. By installing more than 1,800 solar panels on AdventHealth Orlando’s newest parking garage, the healthcare system anticipates saving more than $4.6 million in energy costs while energizing important systems within its flagship campus.

The 300-ton steel canopy will generate more than 1.3 million kilowatt-hours annually and power 84 percent of the executive office building. The array also will be used to offset some energy usage for other operations throughout the Orlando campus.

ESA Solar of Lake Mary, Fla., provided engineering, procurement and construction for the project, which should help offset nearly 32 million pounds of carbon dioxide and more than 11.5 million gallons of water in the next 25 years.