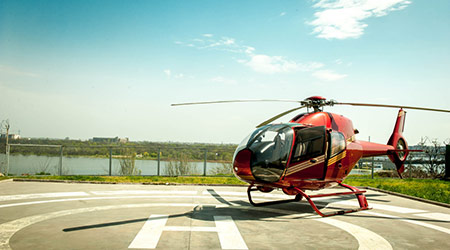 A man who Grand Rapids police say lit a small fire in the hallway of Spectrum Health Butterworth Hospital was caught on the way to the hospital's helipad, according to an article on the WoodTV website.

Police say the 27-year-old  man started a fire in an upper level used for mechanical purposes and pulled a fire alarm. He then made his way onto the helipad, though it's unclear what he intended to do there.

The fire caused only minimal damage. Hospital security took Ramos into custody minutes after he got onto the helipad, police said.