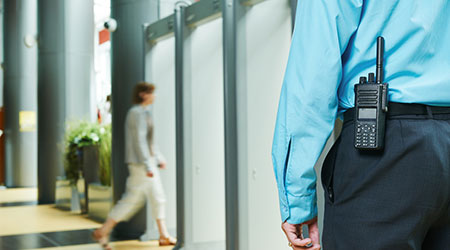 Even as front-line healthcare workers risk their own health and safety treating patients with COVID-19 inside hospitals, a series of incidents highlight the risks that exist outside healthcare facilities for security workers and other healthcare personnel:

• Memphis Police are searching for two male suspects they say broke into more than a dozen cars at Spence and Becky Wilson Baptist Children’s Hospital and fired shots at a responding security officer recently.

• A man who attacked two Anna Jaques Hospital security officers on January 15 was arrested last week. The incident allegedly began when the patient became angry because hospital staff weren’t giving him the medication he wanted. He then started swinging at security supervisor Al Zabriskie and security officer Steve Brown.

Security workers are not the only personnel facing risks around hospitals. In Milwaukee, city officials are targeting violent assaults and other crime in places the FBI considers among the most dangerous: parking areas. Under a new ordinance slated to take effect next month, owners of parking lots and structures, including those at hospitals, will be required to submit security plans to police prior to licensure approval. The ordinance comes in the wake of the slaying of a nurse practitioner walking to her car after finishing her shift at Froedtert Hospital in 2019 and a subsequent investigation by the Milwaukee Journal Sentinel exposing serious safety and security flaws in hospital parking areas nationwide.