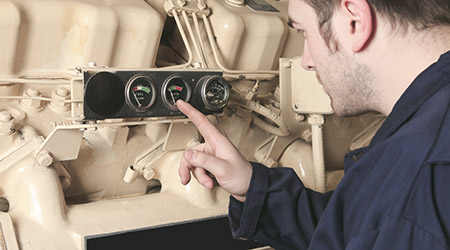 Power P.I.O.N.E.E.R. was developed by the 501c3 non-profit Powered for Patients as part of a U.S. Department of Homeland Security-funded initiative to spur advances in generator monitoring technology that would provide an early warning to government officials and utilities when critical facilities face a threat to emergency power during an outage. Power P.I.O.N.E.E.R. is also designed to provide ongoing, real-time updates on the status of efforts by government officials, utilities and service providers to respond to a stricken facility.

The deployments represent the first time a U.S. hospital is making automated, real-time generator threat alerts available to government emergency managers. The early warnings will give utilities the opportunity to quickly assess options for prioritized power restoration including switching feeder lines to a hospital in cases where two lines exist and one of them is still able to provide power to the hospital.

Deployment of Power P.I.O.N.E.E.R. to single generator hospitals was essential since these facilities have no redundant emergency power, and as a result, put patients at greater risk if the facilities experience a total loss of emergency power. The Los Angeles County EMS Agency is tapping its HHS Hospital Preparedness Program funding to cover the cost of deploying the Power P.I.O.N.E.E.R. tool in the county’s single generator hospitals.

"Given the ongoing threat of Public Safety Power Shutoffs, and the potential for other types of power outages in Los Angeles County, we’re excited to see Power P.I.O.N.E.E.R. providing real time situational awareness of generator threats at the county’s single generator hospitals,” says Eric Cote, project director for Powered for Patients. “This visibility is especially important since single-generator hospitals have no redundant emergency power and in some cases are relying on older generators. As more of LA County’s single-generator hospitals deploy Power P.I.O.N.E.E.R., the impact of this powerful new tool in protecting patients will become even greater.”