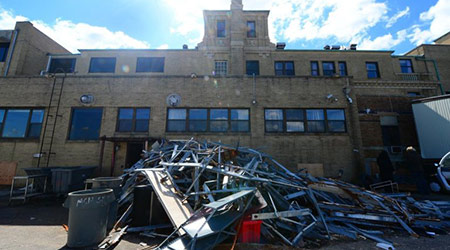 A federal judge has dismissed a lawsuit seeking the return of $154 million in disaster funds to replace the Long Beach Medical Center, which was closed after superstorm Sandy, according to an article on the Newsday website.

The Long Beach-based Beach to Bay Civic Association had sued the Federal Emergency Management Agency (FEMA ) in 2016 after South Nassau Communities Hospital, which purchased the medical center, announced plans on how it would spend the FEMA funds.

South Nassau plans to spend $109 million at its hub in Oceanside and $45 million to build a stand-alone emergency room and medical arts pavilion in Long Beach.

Beach to Bay challenged the funding, claiming the entirety of $170 million, including $154 million in FEMA funds, should be used in Long Beach to return a full-service hospital to the barrier island. The judge ruled the group did not have standing to file suit against a federal agency and had no claim to how FEMA’s money to South Nassau was spent.