Lawsuit accuses hospital and its security team of "gross recklessness” 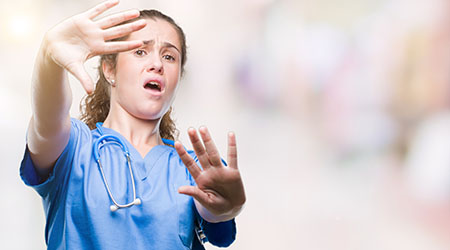 While cybersecurity attracts much of the security-related attention in healthcare facilities these days, managers also must keep their eye on more traditional threats to the health and safety of patients and staff.

A former nursing student at Ellis Hospital in Schenectady, N.Y., who was stabbed in the neck during a rampage by a scissors-wielding patient last year is suing the medical facility in state Supreme Court, claiming negligence, according to the Albany Times Union.

Cassidy Taranto, who filed the legal action against Ellis Hospital and its security, contends the two failed to act to prevent the patient from attacking a technician and using scissors to stab Taranto and two nurses. All survived. Taranto suffered serious and permanent injuries, as well as psychological trauma, because of the hospital's alleged failure to act, stated the lawsuit.

The suit accused the hospital and its security team of "gross recklessness and/or intentional, wanton, or malicious conduct aimed at the public.”