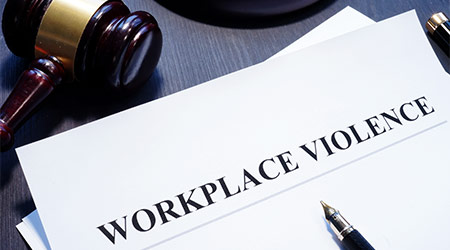 The threat of workplace violence remains a top priority for healthcare facility managers responsible for the safety of occupants and visitors. And the threat level remains high, as demonstrated by a recent investigation exposing serious safety and security flaws in hospital parking areas nationwide.

In the latest incidence of workplace violence within the healthcare industry, a 43-year old female doctor was shot and killed by another physician at Children's Medical Group in Austin, Texas, recently, according to Healthcare Finance News.

Pediatrician Dr. Katherine Lindley Dodson, 43, died from a gunshot wound that Austin police believe was inflicted by Dr. Bharat Narumanchi, 43. Narumanchi died from an apparent self-inflicted gunshot wound, according to the police report. No motive was given for the attack.

In the 911 call, Austin police received a report that a male subject had entered the medical building with a gun and was holding hostages inside. Several hostages escaped, and others were later allowed to leave with the exception of Dr. Dodson.

Hostages told officers Narumanchi was armed with a pistol and what appeared to be a shotgun and had two duffel bags.