Dealing with contamination in recycling programs 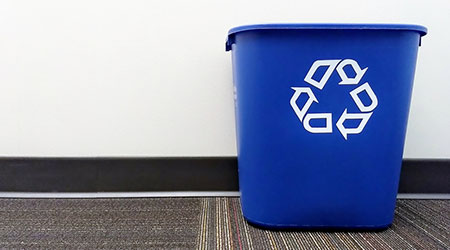 Recycling contamination is frequently the result of what is called “hopeful recycling," according to an article on the CleanLink website.

Items which probably should be thrown in the waste stream are instead thrown in the recycling stream with the “hope” that it will be recycled.

As a matter of fact, the widespread contamination of the recycling stream has resulted in what many are calling a crisis in the U.S. recycling industry.

One proposed solution to reducing the high incidence of contamination is standardized labeling on waste and recycling bins. To help, the non-profit group Recycle Across America announced a partnership between several leading manufacturers of waste and recycling receptacles. They have all committed to standardizing labeling in an effort to alleviate potential confusion that often leads to contamination in the recycling stream.