Although a deep clean was performed, mould continues to be an issue 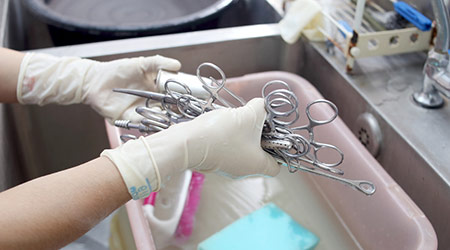 More than 1,000 operations were cancelled and work had to be farmed out to the private sector after inspectors ordered an immediate suspension at Cowlairs Decontamination Unit in Springburn, Scotland, according to an article on the Evening Times website.

NHS Greater Glasgow and Clyde said issues with the fabric of the building were responsible for the closure, which lasted almost two weeks.

However, subsequent information revealed inspectors uncovered  bacterial and mold contamination in the area where instruments are processed for hospitals.

Inspectors had found that the October scheduled environmental monitoring was not performed as scheduled and was stated to have been performed 08.11.2018 - no results were available for review.

“Although a deep clean was performed, mould continues to be an issue," their report said.