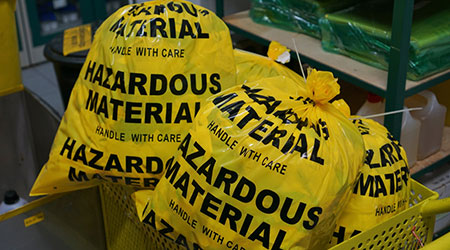 No one would ever forget about the Love Canal incident on the rear end of the 21st century. Families woke up to toxic wastes and foul odor seeping into their basements and to their homes’ foundation. Cases of birth defects, miscarriages started to appear at an unnatural rate. Children played on school grounds and returned to their homes with burns and wounds around their hands. When the authorities checked for the area’s toxicity, they found that there were more than 80 toxic chemicals emanating from the basement of a number of homes nearby Love Canal.

Prior to the permanent health hazard that the tragedy had cost the homes nearby Love Canal, the canal was a discontinued project by William T. Love. The developer envisioned the canal to leverage Niagara Rivers to create a power-generating canal to provide surrounding communities with cheap electricity. Unfortunately, the canal became a chemical dumpsite which later exploded and leaked chemicals into nearby homes.

Although the incident has sparked the ‘Environmental Decade’, upon securing existing environmental legislations such as the Clean Air and Clean Water Act with hazardous waste measures, the full integration of safe overall waste disposal is yet to be seen. From general waste segregation to properly-handled medical waste disposal, the impact of an effective waste management is far-reaching.

Especially in an era where the failure to protect the environment has immediate, human consequences.

The Clean Water Act was established in the so-called Environmental Decade during the 70s. It is a law that established regulations to restore and maintain the purity of the American waters in its chemical, physical, and biological sense.  Through this act, the Environmental Protection Agency (EPA) is tasked to carry out programs that mitigate and prevent water pollution. Some of the initiatives established by this act are the creation of:

How Harmful Is Groundwater Pollution?

These are necessary restrictions considering the tons of industrial, agricultural, and biohazard waste that is produced by humans and organizations alike.

Especially in the context of toxic wastes, improper disposal of harmful substances such as various medical wastes (e.g., chemotherapy wastes, objects containing blood or other potentially infectious materials) can cause health hazards

As of 2020, there’s been 2.7 million deaths globally just from dirty water and related diseases. Infectious diseases, especially from improperly disposed biohazard wastes such as pharmaceutical and laboratory wastes can activate the spread of water-borne diseases.

Center for Disease Control and Prevention (CDC) outlines the different viruses and bacteria that thrives in healthcare settings and water. Hence, the organization heavily encourages proper disposal of medical/contaminated wastes.

Like the Clean Water Act (CWA), the Clean Air Act (CAA) was established to reduce the overall environmental pollution of both waste, disposal, and overall emissions by pollutive objects such as vehicles and factories. For the full monitoring and implementation of emission reduction programs, EPA established the following issue areas to tackle through initiatives and legislation:

Though hazardous wastes such as industrial and biomedical wastes are pollutive, one of the biggest dilemmas faced by the EPA is the tightrope between sanitary waste disposal and environmentally harmful emissions.

Especially for medical wastes that are often infectious, the normative way of licensed facilities to destroy them was through incineration. However, the EPA formulated stringent measures to reduce harmful emissions and implemented strict standards through the Hospital, Medical, and Infectious Waste Incinerators (HMIWI).

Since then, medical waste disposal companies have deployed a variety of other methods to clean and/or get rid of infectious wastes.

Some of these methods are:

Through these alternative methods, medical waste management facilities are able to balance out the protection of both humans and the environment, as well as the safety of workers and communities from the spread of infectious diseases.

The Toxic Substances Control Act regulates chemical substances that may potentially be injurious to the environment or the health. The agency is responsible for:

Inclusive of these responsibilities is the assessment of the workplace environment, especially for places that expose workers to harmful substances. This way, the agency has expanded to consider the human repercussions of environments that deal with chemicals - especially in consideration of vulnerable populations such as infants and children, women, workers, or the elderly.

The de facto legislation that regulated medical waste was the 1988 Medical Waste Tracking Act. Although it has already expired, it was fundamental towards:

The existing agencies that specifically target medical waste management are the:

These agencies have outlined detailed protocols that are to be followed on a nation-wide basis, with some aspects varying on a state level. One of these protocols include the color coding of medical wastes from the household and organizational-level disposal, to the final step of sterilization or incineration of these medical wastes.