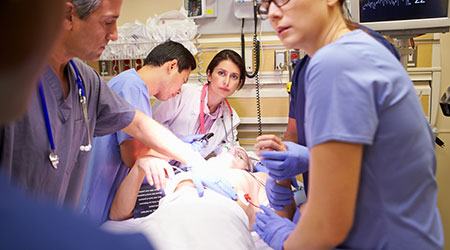 More than 200 emergency department employees at Stony Brook University Hospital in Long Island, N.Y., have signed onto a letter asking for safety upgrades, including metal detectors at entrances and armed security, after a recent bomb scare, according to an article on the Newsday website.

A man walked into the emergency department with a backpack containing homemade explosives and other weapons.

The staff said they’ve unsuccessfully pleaded for increased security measures for years, and “considering three bombs recently made their way into our department, we feel that these requests are not only warranted, but necessary,” according to the letter.

Two floors, including the emergency room, were evacuated in the latest incident.