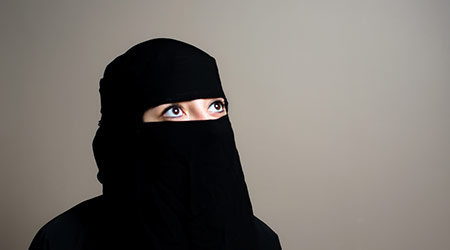 A Muslim family was not allowed to see a newborn relative in the hospital after a staff member told them they look "scary," according to an article on the Metro website.

The family went to Inova Fair Oaks Hospital in Fairfax, Va., last month to visit a newborn baby girl — but were turned away.

Family members said a hospital security guard said they looked "scary" and threatened to kick them out. They said they believe it was because the baby's aunt was grandmother were wearing the niqab – which covers the head and face, leaving only the eyes showing.

The guard then called the shift supervisor and things escalated. The supervisor eventually called police who arrived at the hospital and registered formal complaints with Inova.