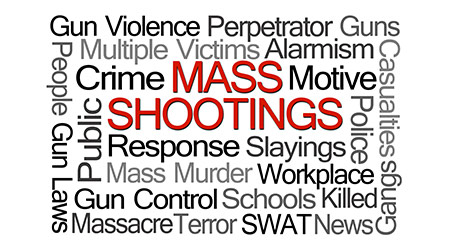 Workplace violence remains a constant threat for workers in healthcare facilities, and as the nation slowly emerges from the COVID-19 pandemic, that threat appears to be increasing.

In the latest instance, a Kentucky man was arrested last week at University of Kentucky (UK) Albert B. Chandler Hospital after police said he brought guns, body armor and suspected bombs to the Lexington medical center, according to the Louisville Courier Journal. The tense situation caused several roads in the area and the hospital's emergency wing to be closed for several hours as law enforcement agencies worked to clear the scene.

UK Police Chief Joe Monroe, speaking after the suspect was arrested, said multiple state and federal charges will be filed against Bryan Carroll, a Versailles man who Monroe said was taken into custody without incident. UK police received a tip from another law enforcement agency earlier Thursday morning that Carroll could be coming to the hospital to see a relative, and he should be considered armed and dangerous, Monroe said.

Officers were dispatched to the scene on standby and arrested Carroll while he was on the property. He was found in possession of a gun, Monroe said, along with body armor and suspected explosive devices.