Police had escorted medics to emergency department, where suspect was to be checked for medical issue 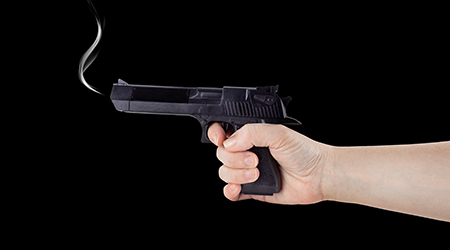 Despite the best efforts of healthcare facility managers and security personnel, the threat of workplace violence is a real and growing danger in many hospitals nationwide.

In the latest incident, a male suspect was shot and killed by police in the emergency department at Mount Carmel St. Ann's medical center in Westerville, Ohio, recently, according to The Columbus Dispatch.

The suspect was transported to St. Ann's after he was found passed out in a vehicle, police said. They determined the man was wanted on arrest warrants from Columbus police, so they escorted medics to the emergency department, where the suspect was to be checked out for his medical issue. The suspect had at some point obtained a gun or pulled out a gun he had, and gunfire was exchanged.

St. Ann's security officers are Ohio licensed, firearm-carrying peace officers, said Columbus police Sgt. James Fuqua. According to the joint statement, the incident occurred about 2:15 p.m. after Westerville police had initiated a "transfer of custody" of the suspect to Columbus police.