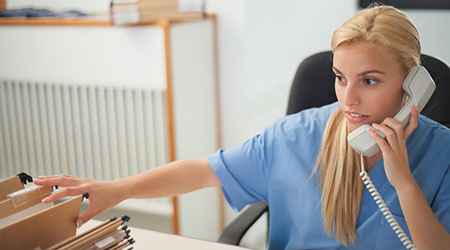 Facility, engineering, and maintenance managers across multiple industries work hard to prevent emergencies that disrupt occupants’ businesses. When a healthcare facility encounters flooding, energy loss, or other unplanned occurrences, there can be an incredible amount at stake.

There are multiple tools available to prevent unplanned emergencies, and to keep occupants, facility managers, and other stakeholders well-informed when they do happen. In order to effectively prevent and manage emergencies, facility managers should make use of the latest technologies including internet of things (IoT) enabled devices, analytics, diagnostics, and automated fault detection. But what are the best ways to implement these technologies, and how are they really used in emergencies?

Using the IoT for prevention

The biggest challenges that healthcare facility managers face in an emergency situation are ensuring the safety of patients, staff, visitors, and any other occupants, containing the emergency, and then initiating recovery. When utilizing the IoT, we see a different process for root cause analysis than ever before, which puts the facilities team in a better position to implement lasting corrective measures. Using the IoT, there’s a significant shift in a facility manager’s ability to respond quickly, get the situation contained efficiently, and put a permanent corrective measure in place. Ultimately, IoT-enabled devices allow facility managers to efficiently identify equipment issues before a large failure occurs, and throughout emergency situations, allowing them to become better informed on the condition of the equipment in their buildings than ever before.

As with any event, there is a before, a during, and an after, and though it can often be difficult to predict a circuit breaker being tripped or a flood occurring, today’s technologies can do much to preemptively cultivate an environment that can respond to an emergency quickly and effectively. Within healthcare facilities, the IoT is comprised of smart products that individually connect up to a system of connected products, which in turn connect to a “system of systems.” Historically, within healthcare facilities or across campuses, these systems have been a disparate collection of systems that aren’t easily compatible, which creates a challenge to collect and act on information on the facility infrastructure. The IoT casts a much wider and deeper net in terms of data collection, and its positive impact on preparedness means building managers are now much more able to anticipate and predict an “emerging emergency.” Facilities can put themselves into a position to prevent the emerging emergency or contain it more effectively, because they know more about its cause and its potential effect on facilities and occupants than was previously possible.

No matter whether an emergency is triggered by a natural weather event, equipment failure, or otherwise, a facility manager will have to deal with a plethora of information being transmitted by building management systems and those individuals on-site. This poses the challenge of information overload, and facility managers can often have trouble distinguishing actionable insights from unhelpful data. The use of IoT is especially helpful in these situations, as it can sort through the swarm of data, prioritize what is relevant and immediate, and diagnose the problem quickly and effectively. This is assisted by the effective deployment of analytics, which identify the next step actions that are predefined for a particular situation or condition. These analytics then allow the facility manager to provide direction to their subordinates, whether those be employees or subcontractors. Not only are recommended actions provided, but the IoT enables the information to be conditional and specific to that circuit or that particular piece of equipment. Historically, the information provided has been generic, but with IoT implementation, specific direction for resolution is possible.

IoT isn’t the only innovative technology that can be used in an emergency at a healthcare facility. RFID, commonly used in a variety of other industries, is seeing increased utility in hospitals as a way to locate people and equipment in the event of an emergency. During a critical health event, a specific doctor may be needed to conduct a procedure; RFID technology can be used to find them within a large facility, and then an elevator can be sent to meet them at the floor they are currently on in order to bring them to their needed location.

Learning from the emergency

Even once an emergency has been contained, facility managers can still take steps to mitigate its effects and plan for the next unexpected event. This is an area in which the IoT is particularly useful, because of the breadth of data it collects and maintains before, during, and after an emergency. Facility managers are able to delve into the data from before the event, creating a baseline from which to work from. They can then compare the performance and statistics of the systems after an incident with that baseline to see if the system is performing the same as, or different from, before. The symptom may have been cured, but was the root cause of the problem fixed? If system performance is the same as before the emergency event, then it’s very likely that the problem has not been fixed—just patched. The benefit of the IoT is that every change in performance has been recorded, and with the help of analytics, a facility manager is likely able to determine the root cause, and make the appropriate permanent corrective measure.

This can be illustrated by the example of a circuit breaker being tripped. Within a healthcare facility, it’s often true that a critical piece of equipment is dependent upon a constant flow of electricity, and therefore it is vital that a facility manager determines why the breaker was tripped so it doesn’t occur again. Resetting the circuit breaker would, of course, resolve the symptom that caused it to trip in the first place, fixing the problem in the short-term, but wouldn’t necessarily prevent it from happening again. If a facility manager takes advantage of today’s technology, and utilizes a smart breaker coupled with power monitoring, they would glean valuable information and insight to identify what caused the issue, and put in permanent corrective measure so it doesn’t happen again. In addition, the data supplied from IoT enabled systems allows the hospital to report on what happened to any regulatory organizations, if required.

Looking to the future

Healthcare facility managers and their colleagues face difficult situations every day, especially when they encounter an emergency situation that can affect patients and staff. With the use of technologies such as the IoT, they can take steps to anticipate emergency events, respond quickly and effectively, and use the knowledge garnered from the event to further bolster their plans for the next emergency. Especially with the large turnover in staff seen in the healthcare industry, having a forward-thinking and innovative infrastructure in place that can gather and store data and insights over time can make all the difference. Instead of a facility manager working reactively, they can be right in the center of activity, where they are truly needed, before anyone even asked.