An accident has drawn steam-powered energy systems into the spotlight 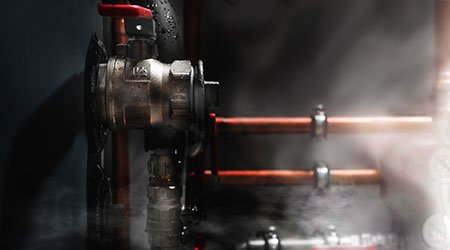 Aging infrastructures are hardly a new challenge for the nation;s institutional and commercial facilities. For decades, facility managers have sounded the alarm that deferred maintenance of aging boilers, chillers, electricity and water distribution systems, roofs and facades are creating bottom line issues for their organizations. They also create potential hazards for the front-line technicians who inspect, repair and maintain them, as investigators into the deaths of two workers at a Connecticut hospital are learning.

An accident that killed two people at the Veterans Affairs (VA) medical center in West Haven earlier this month has drawn steam-powered energy systems into the spotlight, according to LMTOnline. Investigators are saying superheated water vapor “rapidly filled the room and building” where work was being done on a steam system that services the hospital. That led to what investigators described as “a pressure event” that killed two workers. VA officials have said workers replaced a leaking steam pipe in the outer building on the campus and the accident occurred as the line was refilled with steam.