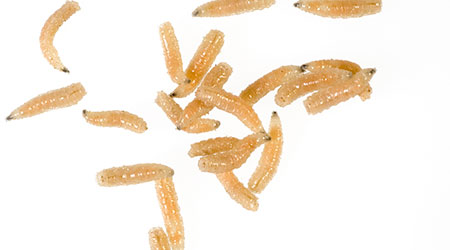 Arizona health officials have issued an intent to revoke Hacienda HealthCare's recently issued state license in the wake of a report that "several" maggots were found near the surgical incision of a resident, according to the AZ Central website.

The 28-year-old male patient was a resident at the intermediate-care facility for individuals with intellectual disabilities. Hacienda is the same facility where an incapacitated female resident last year was raped and later gave birth to a baby.

A Hacienda spokesman said staff discovered a "small number" of maggots beneath a gauze bandage near the patient's surgical incision. The facility sent the patient to a hospital where he was cleaned up, treated and then released back to the facility.

The next day the staff noticed that the patient's wound area had "a few more maggots. The patient went back to a local hospital and has not returned to Hacienda