Bill Gates says we aren't ready for a deadly pandemic 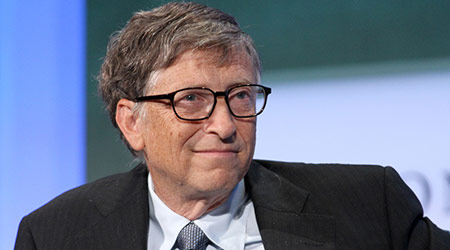 In his annual "What I learned at work this year" letter, Microsoft founder and philanthropist Bill Gates said he believes the next deadly epidemic will be the flu — and humanity may not be equipped to handle it, according to an article on the Becker's Clinical Leadership and Infection Control website.

This year marked the 100th anniversary of the Spanish flu pandemic, which infected 500 million people worldwide and killed about 50 million.

"I had hoped that hitting the 100th anniversary of this epidemic would spark a lot of discussion about whether we're ready for the next global epidemic," Gates wrote in the letter. "Unfortunately, it didn't, and we still are not ready.

"If anything is going to kill tens of millions of people in a short time, it will probably be a global epidemic. And the disease would most likely be a form of the flu, because the flu virus spreads easily through the air," Gates wrote.