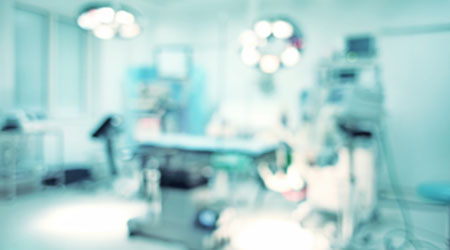 Larry Maltin knows the high cost of retrofitting buildings to eliminate the effects of electromagnetic fields (EMF) on computer terminals and other sophisticated electronic equipment.

He should. His company, Amuneal Manufacturing Corporation, designs and installs shielding using low-carbon steel, or Amumetal, plates to eliminate the electromagnetic interference (EMI) caused by electromagnetic fields (EMF) at DC and 60 Hz levels. These problems range from distortion of images on monitors, loss of data integrity and disruption of vital communication links.

Maltin’s also a firm believer in the old adage about an ounce of prevention. That’s why Amuneal, whenever it can, recommends steel conduit to reduce these EMFs.

“It’s far more cost-effective to use steel conduit to carry a building’s electrical conductors in the first place than it is to have to come back later and install shielding,” he said. “Once you show them how steel conduit reduces EMI, it becomes the obvious choice.”

Two recent consulting projects in New York City illustrate Amuneal’s reliance on steel conduit. Amuneal was called in to review the plans developed by a major hospital in New York City to upgrade its operating room facilities. The work involved installation of 500-KVA and 1,000-KVA transformers on the floor above the operating rooms, and all the conductors used to distribute the power to the facility.

“A single steel conduit might have done the job,” Maltin said, “But because of the critical use of computer monitors in the operating room, we felt that the extra safety factor provided by the dual steel conduit was well worth the added cost. The hospital agreed with our recommendations.”

The operating room facility is now in service, and its sophisticated monitoring system is free of the effects of EMF from the nearby electrical equipment.

Amuneal was also called in to review plans for renovation of a major public building in New York City when a new electrical system was installed to serve the entire building.

A significant part of Amuneal’s recommendations was the use of rigid steel conduit to carry multiple runs of conductors beneath the floors of areas where there would be widespread use of computers and display terminals. The project involved the installation of hundreds of feet of steel conduit. Once again, the facility’s sophisticated computer equipment has been entirely free of EMI problems.

Why it’s best to consider EMI during planning stage

Maltin believes that EMFs are an issue that should be considered when a building is in the planning stage.

“The point should be made early on to consider the use of steel conduit to mitigate the effects of electromagnetic fields,” he said. “It’s always the first option of choice.” Competitive bidding practices often lead engineers and designers to recommend the use of wiring methods other than steel conduit because of perceived lower cost. “But the long-term benefits of steel conduit will more than offset a slightly higher initial installed cost,” he said.

The potential long-term savings result in part from not having to retrofit EMF shielding. In addition, users of steel conduit save the cost of running an equipment grounding conductor, as the conduit itself serves this purpose.

“The cost of a shielding retrofit can be several times higher than the cost of incorporating EMF protection into the initial building design,” he said. “Installing steel conduit as part of the original power distribution system provides shielding plus greater flexibility as room designs and system needs change over the years, especially with frequent changes in data and communications circuits.”