Suspect kills one person and wounds four others in attack 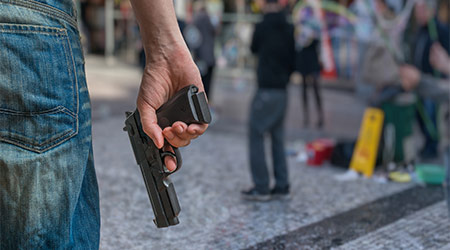 Workplace violence remains a high-level threat to institutional and commercial buildings, and healthcare facilities are no exception. From a recent shooting at a Texas clinic to ongoing serious safety and security flaws in hospital parking areas, workers are increasingly targets of violence.

In the most recent incident, a gunman with a history of threatening medical workers was arrested for opening fire at a Buffalo, Minn., health clinic, killing one person and wounding four others in what authorities called "a horrible-looking scene," according to the Minneapolis Star Tribune.

Gregory Paul Ulrich, 67, was jailed after the shootings. Police reports show Ulrich had made threats of a mass shooting at the clinic in October 2018, with a doctor telling authorities that Ulrich had talked about "shooting, blowing things up, and practicing different scenarios of how to get revenge."