Officials in California, New York City, and U.S. Department of Veterans Affairs to require vaccinations or proof of negative test 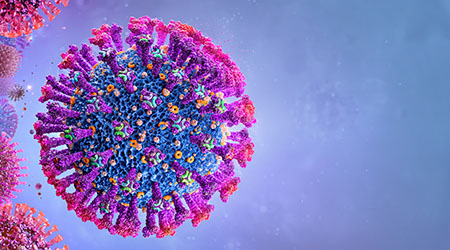 The nation’s healthcare facilities have wrestled with vaccine mandates to fight COVID-19 for months as systems and workers argued over the legality of such mandates. Now, as the Delta variant spreads, such mandates are expanding among some major employers.

In a bid to counter what officials have described as a “pandemic of the unvaccinated,” the most populous state, the country's largest city, and the first federal agency all recently announced new vaccine mandates for public employees, according to BuzzFeed.

The decisions by officials in California, New York City, and the U.S. Department of Veterans Affairs (VA) to require vaccinations or proof of a negative test come as COVID-19 cases spike again across the nation, fueled by the highly contagious Delta variant, reopened businesses, and continued vaccine hesitancy among a minority of Americans.

In California, Gov. Gavin Newsom announced that starting next month, all state workers, healthcare workers, and those who work in “high-risk congregate settings” will need to show proof of full vaccination or get tested once a week. The move comes after the percentage of people testing positive for COVID-19 in California rose from 0.7 percent in June to 5.2 percent. The positivity rate among unvaccinated people is 600 percent higher than those who are vaccinated, according to state health officials.

The VA reported nearly 3,900 infections among veterans and staff on July 26, up from about 1,500 in mid-June, according to USA Today. Hospitalizations last week totaled 345, up from 225 at the end of May. The numbers are nowhere near the peak of nearly 18,000 cases reported at the VA in January, but they're growing. In the past week alone, the VA reported 911 more active infections and 73 more deaths.