Doctor Wounded in Attack by Patient

Patient stabbed a doctor while being treated inside Pennsylvania Hospital 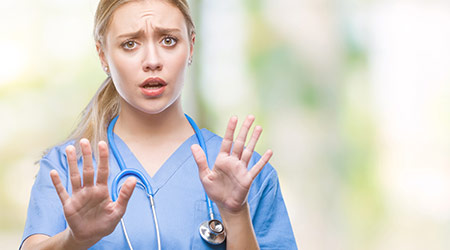 That doctor is recovering from her injuries, but the assault comes at a time when health care workers are already under immense pressure as the COVID-19 pandemic rages on.

Dr. Theodore Christopher, chairman of the Department of Emergency Management at Jefferson, says news that the physician was stabbed by a patient is shocking but not surprising.

“I would venture to say 80 percent or most of us have either been assaulted or been the victim of some sort of violence by a patient,” Christopher said.