New study looks at bacteria levels after cleaning with DHP 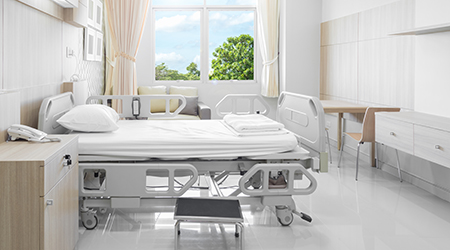 A new study published in the American Journal of Infection Control assessed the efficacy of using dry hydrogen peroxide (DHP) technology in conjunction with standard manual cleaning to reduce microbial contamination in the air and on surfaces at Sunrise Hospital and Medical Center and Sunrise Children’s Hospital, acute care facilities located in Las Vegas.

“Numerous studies show that even after manual cleaning, as many as 50 percent of surfaces remain contaminated with pathogens, including multidrug-resistant organisms,” says Jennifer Sanguinet, DrPh, FAPIC, CIC, MBA-HCM, BSIS, Principal Investigator. “As the primary investigator, I’m proud of our study results showing the effectiveness of DHP technology in reducing both air and surface microbial contamination.”

Microbial burden levels were measured from air and surface samples collected before and after technology activation during the 28-day study. Routine manual cleaning operations were continued throughout the study time frame. Surface samples included those collected from high-touch surfaces — privacy curtains, bed rails and nursing counters — and one low-touch surface — top of proximity cabinet.

When compared to the average number of bacteria present on surfaces measured before activating DHP technology, the study reported a statistically significant 96.5 percent reduction in the average number of bacteria observed in all surface samples after one day of continuous operation of the appliance and an overall reduction of 92.0 percent on sampled surfaces was being sustained by Day 28.

Samples taken on hard surfaces reflected a decrease of 94.3 percent after one day of DHP technology treatment, maintaining an 88.8 percent reduction after 28 days of continuous operation of the appliance. The highest levels of reduction were seen on harder-to-clean, soft surfaces, such as privacy curtains — 99.5 percent on day one and 96.6 percent on day 28.

Study investigators analyzed the samples by Genus ID to identify which organisms were present. The predominant organisms before DHP treatment included bacteria such as those found in normal skin flora and Acinetobacter lwoffii, a pathogenic bacterium linked to infections that can survive for long periods on surfaces. DHP was effective in the reduction of predominant Gram-negative rod throughout the experiment, and Acinetobacter lwoffii was no longer identified as the primary microorganism present in samples taken from surfaces after one week of continuous operation of the DHP technology.