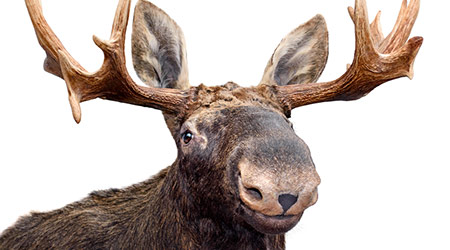 A moose walked into the lobby of Wise Physical Therapy in Anchorage, Alaska, munched on some plants and walked out, according to an article on the KTUU website.

Hospital spokesperson Kjerstin Lastufka says the moose gained entry to the building after an automatic door got stuck open because of cold temperatures.

Lastufka says that the plants are visible from the outside and may have been a temptation for the moose.

The moose grazed inside for around 10 minutes before leaving on its own. A staffer quickly closed the door behind her.

The moose — who some said appeared to be pregnant — was still roaming the parking lot later in the afternoon.