Hospitals need oxygen, water for the HVAC systems and transportation of supplies 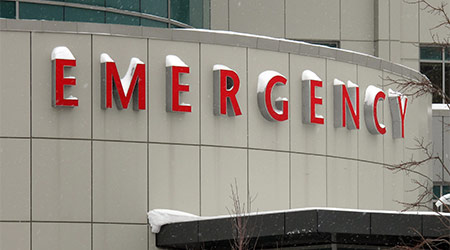 Hospitals throughout Texas continue to struggle to care for patients as cold weather threatens power and water supplies and even basic operations.

Some hospitals have begun evacuating their patients as statewide energy failures precipitated by Winter Storm Uri leave the facilities without access to water and heat, according to The Independent. Health workers are desperately searching for accommodation for their patients, but are finding most facilities have reached their capacity.

Two Austin hospitals issued statements after reports of water outages inside their facilities, according to KVUE. Staff at St. David's South Austin found notices saying the medical center had run out of water, a nurse said Wednesday. A nurse reported that she was at St. David's when the water was cut off. The nurse found a notice that said the water went out. The notice then listed some instructions for using the restroom, such as to not put toilet paper in the toilet when urinating, and to use trash bags to remove feces from the toilet and to then place it in a biohazard bag. Ascension Seton in Austin also said it was experiencing water problems.

As millions of residents in Harris County continue to have water issues from low pressure to having no water at all, the Houston-area's hospital systems say they are open and operating, but many are under water conservation, according to ABC 13. At Texas Children's Hospital, two of its three campuses have reduced water pressure. The same goes for Ben Taub Hospital, LBJ Hospital, and Memorial Hermann. Hospitals across the area say they are in need of three major things: oxygen, water for the HVAC systems, and transportation of supplies.