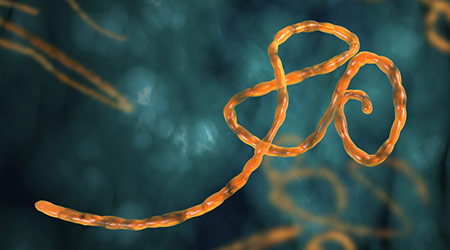 An American health worker who was possibly exposed to Ebola while treating patients in Congo was evacuated and placed in a secure area at the University of Nebraska Medical Center, according to an article on The Washington Post website.

If symptoms develop, the person tests positive for Ebola, they will be admitted to the medical center’s biocontainment unit.

The worker was treating patients outside the urban epicenter of the outbreak and had contact with a patient who was later diagnosed with Ebola, according to U.S. officials.

“We are not aware of any other United States citizens with potential exposures to Ebola at this time, and there is no health risk to the U.S. public due to this evacuation,” according to a statement from the Centers for Disease Control and Prevention.