USP <800> and how it can affect your facility 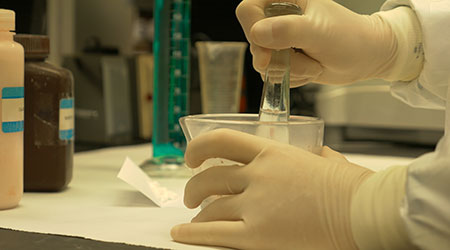 June 1st of 2019 was the final update to the two-and-a-half-year regulation called USP <800>, meaning these standards will be required starting December 1st of this year in all pharmaceutical facilities across the nation. The delay to the standard was caused by discrepancies in previous USP standards, but the new revision has made the handling of drugs consistent in each of the <795>, <797> & <825> standards, and are now are cross-referenced to <800> Hazardous Drugs.

The purpose of this standard is to protect employees of medical facilities from hazardous drugs [HDs] and will be the first standard to not only change the handling of pharmaceuticals for human medical facilities, but animal hospitals as well. Extensive research and studies have documented with evidence the aftereffects of exposure to hazardous drugs for a prolong duration or without proper protection. Before USP <800>, many of the authoritative standards spoke less about the hazard or precautions for the people but more about precautions needed for keeping the hazardous drug uncontaminated. Currently, USP <800> is the only authoritative standard that helps protect the health care personnel who come in contact with the hazardous drugs.

Medical practices are far behind this standard, some professionals saying they have not seen one facility in compliance. From an architectural standpoint, we understand that these safety measurements can require millions of dollars of facility and equipment upgrades and take years to accomplish. With the deadline six months away, it will force operations to shut down, relocate, or outsource pharmaceutical operations. Financial obligations of this size should be accounted for in an organization’s annual capital improvement plan, but facilities large and small don’t have the time, budget, or resources needed to comply. While some are waiting for their states regulatory committee to drop the hammer, thinking they’re get away with a slap on the wrist, if their facility doesn’t comply this reactive mindset will only set their practice back, when being proactive could prevent their facility from shutting down. The hesitance to comply extends throughout the human and animal healthcare industry, leaving care workers uninformed.

After implementing these standards in several medical facilities including VCA and Blue Pearl animal hospitals, MD Architects has realized the lack of education and expertise in this area and value the importance of educating Vet practices and Medical practitioners on what USP <800> is, evaluate their current pharmaceutical processes, and create a plan to reduce costs in implementing these standards.

Before starting with any spatial requirement discussion with the healthcare staff it is very crucial to understand the requirements for different types of facilities and the drugs they carry. This will guide in determining the appropriate solution. The USP <800> standards address more than the compounding of drugs, but all handling of hazardous drugs including but not limited to receipt, storage, compounding, dispensing, administration and disposal. It is crucial to understand that HDs are not just chemo drugs but have a larger scope inclusive of non-antineoplastic and reproductive risk only drugs as well.  For the facilities to be compliant with the revised standards below are some of the major areas that need to be addressed but are not limited to:

1.         Identification of hazardous drugs: Each facility should maintain a complete list of hazardous drugs sterile and non-sterile as defined by the National Institute for Occupational Safety and Health (NIOSH). All anti-neoplastic HDs must adhere to USP <800> guidelines whereas the non-antineoplastic & reproductive risk only drugs can be included in the facilities Assessment of Risk (AOR).

a)        Receiving and handling: The HDs can be received in a positive pressure room. All form of unpacking or handling from their shipping containers will need to be done in a neutral / normal or negative pressure room. If the current facilities are unpacking the hazardous drug containers in positive pressure rooms or buffer rooms that will not be compliant with USP 800. HDs must be delivered to the HD storage area immediately after unpacking. The facility should formulate a standard operating procedure (SOP) and it should include a proper process for receiving any HD.

b)        Storage of HDs: All HDs once removed from the external shipping container need to be stored immediately in a negative pressure room. Sterile and non-sterile HDs may be stored together, but HDs used for nonsterile compounding should not be stored in areas designated for sterile compounding. It is preferred to not store non-HDs with HDs since once non-HDs are stored in HD areas they are considered as HDs.

c)         Non-Sterile and sterile HD compounding: The compounding room can serve as both the storage and compounding of HDs provided sterile and non-sterile HDs are not stored or compounded together. Determination of the appropriate compounding area is primarily governed by the conditions under which the hazardous drugs are made, the probability of microbial growth, and the time period within which the compounded HDs can be used. The USP<797> has distinguished the compounding drugs into Category 1 and Category 2 Compounded Sterile Preparations (CSPs).There are further engineering controls for the HDs based on sterile & non-sterile compounding that can be configured as i) ‘Cleanroom Suite with ISO Class 7 buffer room and ISO Class 7 ante-room and ii) Unclassified C-SCA (Containment Segregated Compounding Area). Additionally, all HDs must follow the Beyond Use Date (BUD) as defined by the manufacturer and the facilities Assessment of Risk (AOR) & Standard Operating Procedure (SOP)

d)        Storing after compounding and dispatch: Storage after compounding can be done inside the compounding room or in a negative pressure room. If the HDs need to be transported to another facility, all compounded HDs must be labelled & packaged ready for dispatch. Care should be taken that all HDs once compounded are administered within the actual BUD date.