Ant infestation at Georgia veterans facility is being investigated 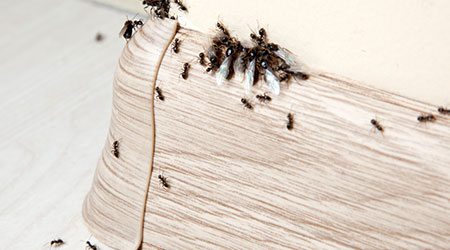 A Senate investigation is asking why Veterans Affairs officials in George did not react more quickly to ant-infested conditions at a department-run community center near Atlanta, according to an article on the Military Times website.

One dying veteran was bitten more than 100 times before staff at the Eagle’s Nest Community Living Center addressed the issue.

At least two other patients there also suffered bites from the ants.

The article said family members of Joel Marrable, an Air Force veteran battling cancer, said they discovered the bites during a visit and received nonchalant responses from staff when they reported the problem.