More healthcare facilities are looking to add 3D-printing services within their operations. 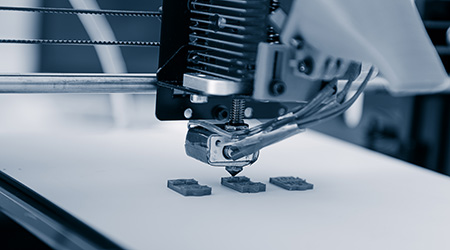 A new study finds continued strong adoption of 3D printing, with 77 percent of respondents saying they made 3D printing investments in 2021 and 69 percent expecting to do so this year. The survey by MakerBot compiled the results from its survey on 3D printing usage habits and investment plans of nearly 1,200 professionals from around the world

In this year’s study, 84 percent of respondents who invested in 3D printing last year said they plan to purchase more equipment, materials and accessories in 2022 in order to address new applications, whether that’s prototyping, tooling or even expanding to mass production — something new for respondents.

“In the midst of tremendous disruption around the world, professionals in design, engineering and manufacturing see 3D printing as the way forward,” says Nadav Goshen, CEO of MakerBot. “The results from our report show an eagerness to increase both use and spend as 3D printing demonstrates its ability to accelerate product development and transform businesses.”

Additional insights from the report: